Copper Center is located 105 miles north of Valdez on the Richardson Highway.

Copper River was founded in 1896 as a government agriculture experiment station. It was also on the Trail of ’98 used by gold stampeders head for the Klondike and later gold strikes in the Interior.  A post office and telegraph station were established here in 1901. 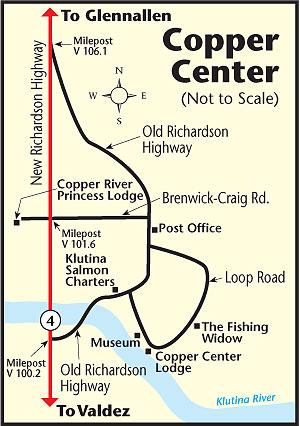